Still reading on the issue of “skills for the 21st century”, this time Henry Jenkins et al’s Confronting the Challenges of Participatory Culture: Media Education for the 21st Century. Jenkins and his colleagues set out very clearly the skills and competencies needed for our students to live in this culture. More importantly, he sets out the challenges. These challenges include unequal access, but also something he calls the Transparency Problem and an Ethics Challenge.

The Transparency Problem needs to be renamed something with the word “meta” in it, because what’s meant is the ability to get into the intentions and influences that reside in the media itself. In History, he notes a teacher using the video game Civilization to teach. Students played the game, but “lacked the vocabulary to critique how the game itself constructed history” (p 15). That is, in short, the problem with all media, including text. 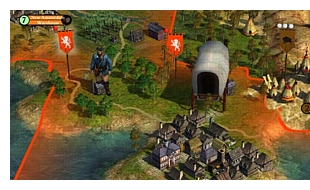 Using media, allowing media, should take place within a learning context. This is not the context of learning the material, but rather the context of learning how the media is constructed. The only place I see this done is in the field of Communications, and sometimes not even there. We do not always, as educators, have the meta skills ourselves to teach the analysis of media as it is used to learn. It reminds me of everyone playing Oregon Trail back in the day, to “learn how people lived in the 19th century”. As a goal for elementary students that may have had value, but older students should have been analyzing the ways in which the game was portraying history.

Take it a step back, to traditional print media. The report notes that “students lack both the knowledge and interest in assessing how information was produced for and within digital environments” (p 45). Go ahead and remove all the words after produced — it’s safe to do so. This has nothing to do with digital anything, but with analytical skills in general. What Jenkins et al call the “transparency” problem is a basic lack of cognitive analysis.

When I teach history and provide excerpts (yes, I live in the 21st century too) from fictional works, the important thing is that students understand the historical context in which it was written. What were the social, political and economic influences that might have played into this work? Criticism of this nature is built into the field of history. And yet we assign Civilization so they can learn…what? the joy of doing history? Seems like the same kind of joy we have in watching the History Channel. Either way, it’s not doing history unless you get into it with some kind of meta approach.

I don’t think students will enjoy this. When I was an English major, back in the last century, I got very annoyed at criticism, especially of poetry. Why couldn’t I just enjoy the poem? or the story? why did we have to analyze it to death? It kept me from enjoying literature. What I see now as enriching, as understanding the code, I saw then as intrusive. I cannot, in other words, expect my students to enjoy analyzing a video game they might play for recreation. And I, the instructor, don’t enjoy playing the game — I am continually annoyed by the “alternative histories” in such games. They make no sense to me. It’s hard enough to ferret out the meaning of what might have really happened; adding a “what if” scenario seems to make it more difficult and less interesting. (Don’t worry, I’m good at bridge if not Farmville.)

What was most odd regarding the “transparency” issue in the report, however, was that the examples of how teachers could institute these skills still didn’t emphasize analysis. “Medieval Space” (p 31) is noted, where students “create online profiles for various historical figures” and imagine “how they might have interacted if they had online spaces in the fifteenth century”. Oh, do let me analyze this one.

Not only didn’t they have online spaces in the 15th century, but what people do and how they do it is influenced (duh) by their culture. That culture didn’t include online spaces, nor the type of communication that would imitate it, thus you get far, far away from analyzing the actions of historical personages when you turn it into this kind of game. And while it may indicate that the student understands that Richard III felt he was above moral rules (which is, in fact, a historian’s interpretation), imagining his current song as 2Pac’s “Only God Can Judge Me Now” (p 31) is vastly amusing but has little to do with learning history. (Yes, I know, I’m a fuddy-duddy. I have a friend who refuses to watch any movie with me that has a historical setting because I complain all the way through.)

So much was right in this report. It emphasizes that meta-analysis is significant, that ethics must be tied into digital learning, that analysis of text is still a key skill, that students must understand multiple perspectives. At first I assumed the examples were so poor because we don’t have very good examples (or perhaps people don’t recognize those of us already providing them). But now I’m thinking it’s because of the insistence on separating “digital” skills from everything else. The skills mentioned relate almost purely to the digital environment (appropriation, multitasking, distributed cognition, transmedia navigation), and yet the challenges are those of all learning environments: access, meta-analysis (“transparency”) and ethics. Although the report acknowledges these challenges, its error may be in not putting them first.

Perhaps the reason the examples are poor is because the (media skills) cart is being put before the (cognitive skills) horse. The foundational skills, the ones that are older than digital, are needed before the new media skills. Before one “appropriates” material (defined here as “the ability to meaningfully sample and remix media content”), one should know how to cite sources. Before you do simulation (“the ability to interpret and construct dynamic models of real-world processes”), you need to know how the real world works. “Role play, in particular”, the report says, “should be seen as a fundamental skill used across multiple academic domains” (p 30). Back we go again to having Henry VIII use Twitter.

We never really taught the analytical skills correctly, or at least they weren’t learned as deeply as they should have been. I contend that these skills must be the foundation, just as the past is always the foundation for moving forward. The abstract expressionists learned to paint in the realistic academy style first. And although I am by no means recommending we go back to rote drills and factual memorization, the basic skills are individually cognitive and analytical, not embedded in new media. Rather than assuming those skills will some how emerge as we mash up, multitask and navigate transmedially, we should approach new media with those old analytical skills in hand.

This entry was posted in Reading, Responses. Bookmark the permalink.