Off the wall and probably off base, I guess I’m turning into the class curmudgeon (move over, Jud). I don’t want to be a believer, to be part of a “movement for change”, to be part of the solution, or to be the change I want to see in the world. I respect the people who are, and who seem happy with their role. I find the role frustrating, and for me it leads to egotism and expectations and other things I find uncomfortable. I’d just like to use my teaching tools, please.

I am intrigued by the perspective indicated in Shelley Wright’s post Daring, a response to Danielle. Teachers want to change the world — why would we be teachers otherwise? And to network with like-minded people is great. But the idea that together we can reject standardization and accountability, march in a different direction, make a new world, rebuild education….

I just don’t think it will happen like this.

Partly this is because I was politically active at a young age. I was doing cold calls to get people to vote against a nuclear reactor in my home county when I was 11. I worked political campaigns at 13. In high school, I edited the school newspaper and attacked the truancy laws that were rounding up anyone caught off-campus and detaining them. As an adult, I marched against both the invasion of Kuwait and Iraq. I was just one of many, carrying a sign and singing songs we didn’t remember because we hadn’t marched in 1968.

The power plant was not built, thank goodness, but my candidate did not get elected, the truancy laws didn’t change, and we haven’t ended these wars. Change does happen, but often in small ways, or steps forward and back, often over many years. (Or it happens half-way: I once paid a lab to do soil samples at our local playground to show the arsenic in the sand from the play structure’s pressure-treated lumber, and put the results on everyone’s doorstep. The Homeowner’s Association denied the results, but the play structure got replaced because it was falling apart. But they left the sand there, of course.) 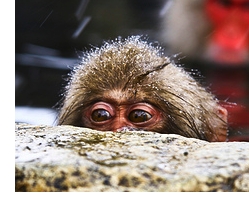 Most change happens incrementally, and often through undermining the system from within. I can’t do that with arsenic-laden sand, but I can with teaching. I am considered something of a campus leader in technology at my college, although I have no official position of any kind, not even heading a committee. This is because I continually subverted the system, then requested support for my subversion, or began teaching workshops on what I was doing and asking others to do the same. I created a whole professional development program beholden to no one because I rejected the role of campus technology leader, refused positions where I might have been paid for it, because it would have then been controlled by people who wanted to systematize it.

So we look at something like the “Top 20 Most Influential People in Online Learning” list, posted by Alec Couros last Thursday in Twitter, where he commented:

Where indeed? I couldn’t help but notice the dominance of company-employed people on the list, people who are part of the new system. I’m not sure I like the new system any better than the old one.

Luckily for the prospects of change, the group changing things is still fairly small. We are all part of it, but I don’t want it to become a cult. I don’t want to be a believer. As soon as we start that kind of thinking, we construct alternate realities that don’t dovetail with enough ordinary objectives to earn widespread acceptance.

Instead, let’s just do it, and when people ask, let’s justify it using the accepted norms, as I suggested on Shelley Wright’s blog. We can share ideas on how to do these things successfully, but the best way to get an idea to spread is to just show it working. That’s why I’m not too interested in educational theory and research, nor forming the First Techno-Utopian Church of the Web. I’ll just use a blog here and a wiki there as if it were the obvious thing to do for the pedagogical objective I have in mind, being as open as possible about it so anyone who wishes can see what I’m doing.

Maybe it’s off the beaten path, but I think it will be more effective.

This entry was posted in Musings, Sideways. Bookmark the permalink.

5 Responses to Another off-the-wall perspective