I am staying very close to the old Midhurst Grammar School, which I mentioned in my last post. Today I journeyed to Chichester, a trip I’ve made several times now, on Bus 60, to look at the Scheme for re-establishing the school in 1880.

But before I went I thought I’d stop in at the Midhurst Museum, which has been closed every time I walked past it. Today I stayed in town for the morning for two reasons: Wheeler’s Bookshop (which had a copy of Cranford in the window that I wanted) and the museum. Both open around 10. The museum is so cute, and so well done. One tiny booth at the front features changing displays (the wonderful docent looked around at the poster of buses and trains, and the display of little cars and told me, “must be transport”). The single room at the back has permanent displays of Midhurst through time, with pieces of material cultures (coins, metal bits, photographs) organized chronologically.

The Victorian case had a shelf of bottles from or related to Cowap’s chemist shop, where Wells had apprenticed for a month or so. The sign mentioned this. I asked the docent about what the bus driver yesterday had told me, that there was some chemist shop still around with the apothecary bottles in the window, the ones with colored water. He said that rumor had it they were filled by Wells himself. I vaguely recalled seeing such a window somewhere, but couldn’t find it in Midhurst, and the docent knew of none.

We also talked about Horace Byatt’s house (he was the first Head Master and Wells’ “teacher”), which was supposedly on South Pond, but there’s no address. She couldn’t find it either, apologizing that she’d only been in Midhurst for the last 30 years, and if she had been born there she might know more. The local historian, whom I know wrote all the little pamphlets for Midhurst, including the one on Wells, lived in the area but she hadn’t been seen today though she often walks through town. I could Google where she lives but had no intention of surprising a woman in her 80s at home to ask questions! So I went on to Chichester on the bus.

The route travels through some of the most beautiful South Downs countryside and villages. It occurred to me I’d pay a lot more than £7.40 return for a tour that went through this area on a bus! And now I’ve done it several times. Some snaps:

The West Sussex Records Office was super helpful. They did the usual archive routine – lock up your stuff, pencil only, fill out the card, promise to be careful with anything old. 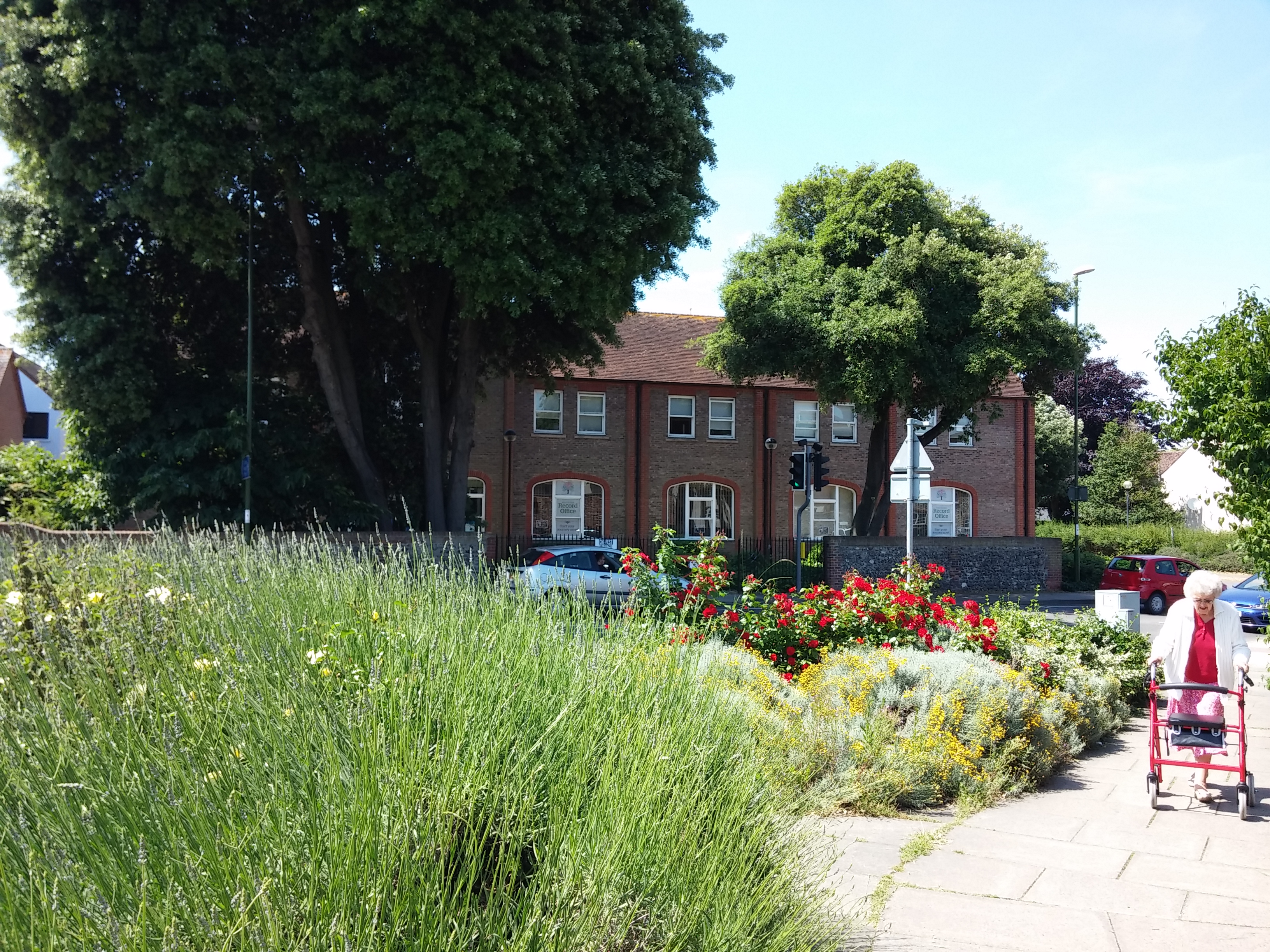 Then you’re allowed into the inner sanctum, which featured a hugely long line of desks, each marked “maps” and “documents” and such, but no one was at them. At the end of the row was a single desk with a helpful woman who had a “supervisor” sign on her desk, and she apologized for no one manning the other desks. Since I had come, as she explained, “specially to see this one thing” (the Scheme from the school), she had them hurry and get it for me. A mission I thought would take all afternoon (I’d been nervous about spending the morning in Midhurst) took less than an hour. The booklet, like most archival material one is discovering, was useful in an entirely different way than I expected. I was looking for mention of the grants or ushers or student assistants. None of these were in the document, which was more concerned with setting up the Governors’ Board and delineating financial responsibilities. But it did make clear that the Head Master (which I think they knew was already Horace Byatt) was completely in charge of hiring Assistant Masters, determining all books, establishing teaching methods, setting class times, and generally running the internal affairs of the school. It also made clear that the Head Master could have no one but family members living with him at the school, which reveals yet another reason that Wells couldn’t lodge at the school when he returned. 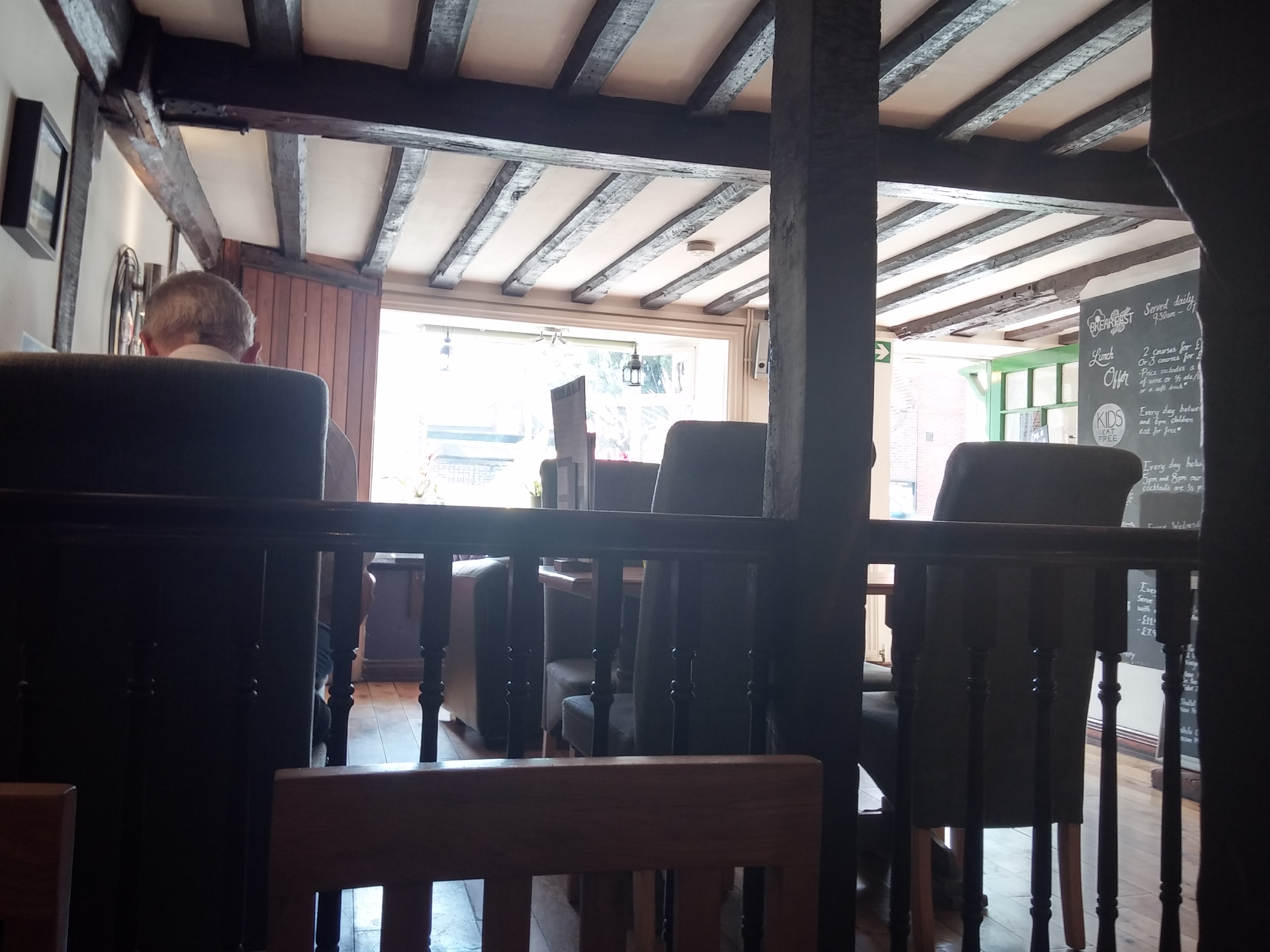 Returning to Midhurst, I made a point of eating a sandwich at the Olive and Vine, which is too expensive for dinner. As mentioned, this was the old sweet shop where Mrs. Walton had given Wells his first good meals, and where he had lodged upstairs of the shop. Copies of Wells’ fiction were on display near the newspaper buffet at the bar. I wondered whether the Tudor beams had been visible and painted during Wells’ time. I know the Victorians loved old stuff. Of course, they also loved new stuff. Really, they just loved stuff.

Speaking of stuff, I went to the Post Office to post books to America, only to discover that the Printed Matter rate no longer exists! That’s quite a blow, and makes it much more expensive. It’s odd that if you want to support local business and ship things to the U.S., it costs far more than shipping from the UK with Amazon. Which makes me wonder if that’s by design…

One thought to “Midhurst Grammar School”