Canvas, of course, does not have x.  In this case, x is a blog or journaling or portfolio function.

Yes, I know you can LTI this, but those never work like they’re supposed to. 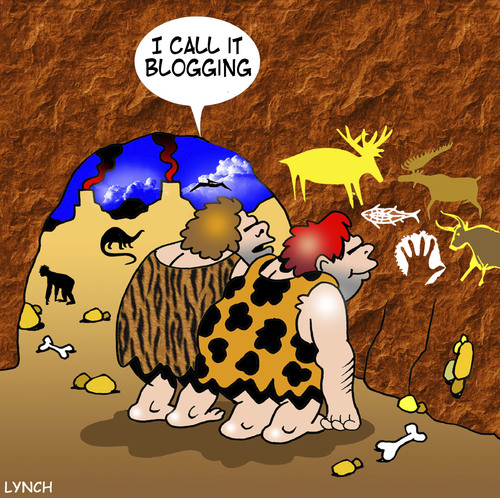 Now, if Canvas had real threads, I could use a threaded discussion, with each student controlling their own topic. But Canvas doesn’t have this x either. To do everyone’s journaling on one discussion would thus mean scrolling for days and days…

So, instead, I tried creating a forum for each student, to act as their own space (it’s for an Honors class, so 25 students – not too bad). Then I realized to grade them in Speed(!)Grader would mean opening them one at a time. Every week or so. Ugh.

Second attempt. Create one big forum and but have groups. Put one student per group, and have all the other students peer grade. That way, each student can post on their own, but everyone can still see the posts and comment.

The wonderful Laura Paciorek helped me test it. We became students. Posting to our own forums as our own group went fine. But when we tried to peer grade, we got “unauthorized” warnings when we clicked on anything to see it. And after this humiliation, we were returned to the “group” site, which had its own Home (and everything else) links on the menu — students would be completely lost and unable to get back to the main course page.

I considered peer grading as assignments, but assignments are one-shot deals – you can’t keep going back and adding more, making a portfolio.

I considered each student having their own Page, but you can’t grade Pages, and it’s incredibly easy to wipe out everything on a Page accidentally (been there, done that).

So reluctantly, I checked out Google (OK Google, fix Canvas). Canvas is supposed to be Google-friendly: the Canvas’ “Collaborate” function is a Google Doc, intended to be a single Doc that all students can edit. But I’ve done my research and I know that multiple students working on the same Doc can easily erase each others’ work, because Canvas isn’t Google and can’t actually enable multiple editors at once. Great idea – get a bunch of people already tentative about collaborative editing to engage that little problem!

The Collaboration difficulty was confirmed by the post that gave me my final idea (so far), from Chris Long over at the K-12 Canvas forum: use Google Docs as URL assignments.

So the plan is: 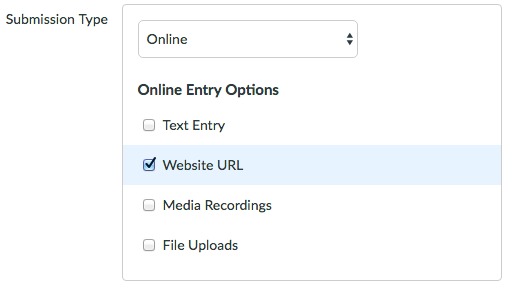 1) I can have these journal check assignments peer reviewed. We tried that, and it’s nice because I can see all the peer review comments in Speed Grader. But there doesn’t seem to be a way to track the peers doing the reviewing.

2) Second option is to have them just comment on each others’ Google Docs. I won’t see this in SpeedGrader, but I could manually grade them a few times during the semester as some kind of participation grade, or use a quiz and have them submit the top five comments they felt were most useful to others (Laura’s using this trick for collaborative note-sharing on a Doc, so I stole it from here).

Laura discovered ePortfolios, which I hadn’t seen because it isn’t in the Canvas course – it resides in the user’s Profile, in the level above the course (like the Inbox). While not as simple as Google, it has its own URL and doesn’t need a separate login.

My use of it would be similar, except that students cannot comment inside each others’ ePortfolio. So I would use a Discussion to ask for a report, and each student would need to post the URL for their portfolio for each check. It would then be an extra click in Speedgrader to grade each one, and I would have to grade students’ own portfolio and their comments on others’ portfolios together, instead of separately.

Tutorials like this one would be needed. And, as with all things Canvas, very specific instructions would need to be given, to dumb down everything as effectively as possible. But ePortfolio allows images and (some) embeddings, and despite its hierarchy (Portfolio – Section – Page) might still work. Thanks, Laura!

One thought to “Canvas and the Impossible Journal”