It’s odd how even when one avoids H. G. Wells, it’s hard to get too far. Here’s an obscure connection, just for fun.

I was listening to a half-hour BBC documentary program on the Hollywood Cricket Club, mostly because it mentioned David Niven and Errol Flynn, but also because Jim Carter narrated. It had nothing at all to do with H.G. Wells. I have been taking a break, the pandemic having curtailed much of my research.

Apparently the club was founded by Charles Aubrey Smith, and actor I’ve seen in many movies but whose name I didn’t know. 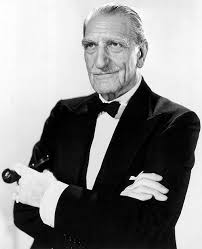 Look familiar? He was in such films as The Prisoner of Zenda, The Four Feathers, Dr. Jekyll and Mr. Hyde, and And Then There Were None. Plus dozens more. 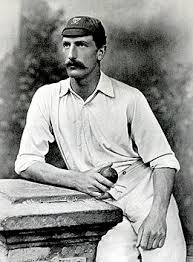 Aha, a cricketer! And this was the year he started acting.

So it turns out it’s less than six degrees of separation to Wells.

He was a bowler for Sussex County between 1882 and 1892, 20 years after Joseph Wells (H.G.’s father) had done his double hat trick for Kent (4 wickets in 4 balls). It’s a small world, cricket — he would have know who Joseph Wells was.

And according to Wikipedia, in 1920 Smith was in a British film called The Bump. It was written by A. A. Milne. If you read this blog, you know that H.G. Wells was Milne’s teacher at Henley House School, which was run by A.A.’s father.

So it could be serendipity. Or perhaps more things are connected to Wells than one would expect.

2 thoughts to “Six degrees of Wells”